Better together: Why a security guard’s best partner is monitored CCTV 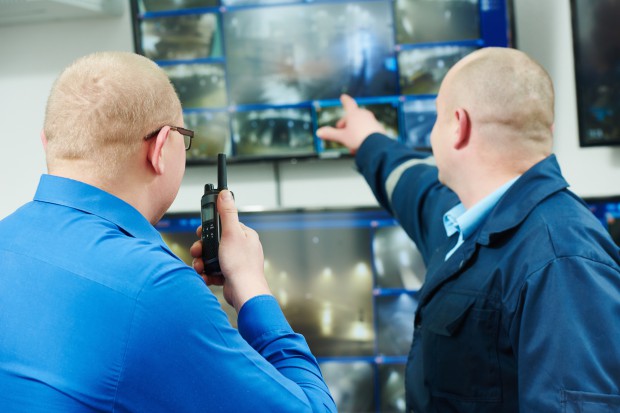 EYES IN THE SKY, BOOTS ON THE GROUND SM

A question was first raised when remote video monitoring became a viable and more commonly used security solution around a decade ago: Does a monitored CCTV system offer superior effectiveness when compared with using on-site security officers?

Initially, this was more of an “either/or” situation, as the two services were rarely combined.

Recently, though, many companies have discovered that the best solution is actually a blend of the two: an approach that pairs monitored cameras and other technologies with an on-site security presence. At Viewpoint, we often refer to this as “eyes in the sky, boots on the ground.”

This service model is often prompted by a desire to cut overhead costs. Due to an industry average of $130,000/year per 24-hour guard position, customers often contact our security officer partners somewhat reluctantly, seeking to reduce their number of on-site guards or to avoid adding more. It’s only later that they realize the added benefits of complementing staff with monitored CCTV.

Many companies employ the traditional security-guard-and-camera model that you’ve no doubt seen on TV or in movies: a guard works alone, does periodic perimeter checks and watches key sites on a bank of screens. You’ve also seen how this scenario can quickly lead to a breach of the system: criminals distract a guard with no backup by staging a flat tire, or they observe officers’ habits to learn when they tend to take their breaks. And then, in real life as on the big screen, the criminals make their move.

Still, despite the inherent vulnerability in situations like these, there are some jobs that can only be done by on-site security staff, such as serving as a visible deterrent for criminal or nuisance activity, receiving deliveries and greeting employees, visitors, vendors and customers.

Enter the blended solution — a setup where tasks are divided between on-site and off-site security personnel, based on the strengths of each.

When guards know they have backup at the remote monitoring center, they can feel comfortable leaving the on-site control room to tend to issues around the property — and they don’t feel like they’re compromising intelligence by doing so.

The following clip illustrates how remote video monitoring can complement guards’ work while giving them peace of mind that someone has their back:

Pairing security officers with remote video monitoring can also remove layers of liability for guards and their employers. According to a widely cited articlepublished in Security Journal,

“Security officers are often instructed and trained to keep away from [risky] situations, as the risk of liability for the hiring company is too great. In some states, security officers do not have immunity from prosecution for assault and false arrest in either civil or criminal proceedings; thus, they risk losing their ability to work as officers if they are so charged.”

Cameras and remote monitoring staff can mitigate these risks by remotely assisting on-site security officers when there’s an issue, by giving the locations of intruders within a property or by dispatching police. These actions can de-escalate a situation before it’s started, or while it’s still in progress.

Companies can also use monitored CCTV to keep their staff accountable from day to day. With cameras in place, owners and managers can always verify that their guards have arrived at work on time and in uniform, and that they’re performing as promised on the job.

But for the trained and professional security guards we’re privileged to partner with, that level of performance is just the start.