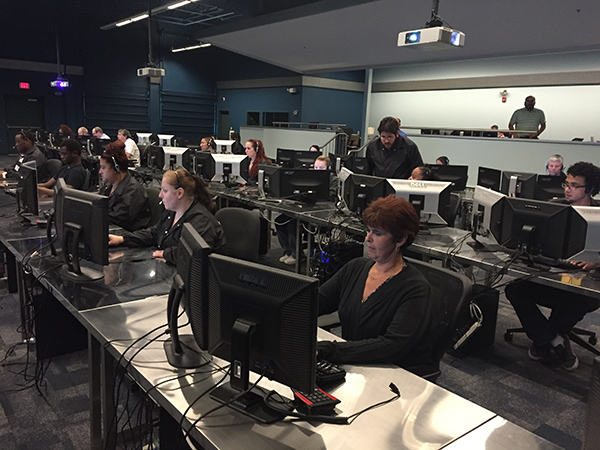 In his best-selling book Outliers, author and renowned thought leader Malcolm Gladwell coined the concept of the 10,000 hour rule, which asserts that achieving true world-class expertise in any area requires 10,000 hours of deliberate practice. According to the book, the rule has been uncannily accurate in predicting the success of professionals as diverse as musicians, ice skaters, writers, chess players and master criminals (noted).

The idea is based on research conducted in the 1990s by scholar K. Anders Ericsson and his colleagues at the Academy of Music in Berlin, who found that the students rising to the top of their class — those with the potential to become a world-class soloist — had one thing, and only one thing, in common: by their 20th birthday they all had put in over 10,000 hours of practice.

At Viewpoint, we’re celebrating our own multiple of 10 this year — our 10th anniversary. And we’re proud to say we’ve also hit the 10,000 hour milestone. In fact, we’ve reached it eight times over.

The nature of our work requires that we stay open 168 hours per week. We’ve never closed. So to compare apples to apples, our 10 years in operation is equivalent to 42 years of a business open Monday through Friday from 9 to 5. We’ve kept the command center staffed, monitoring cameras and serving our clients around the clock, for a grand total of 87,000 hours and counting.

Of course, hours alone are not enough to guarantee world-class status, and after Outliers was published in 2008, many scholars came out of the woodwork to point that out. Most recently, a Princeton study found that the impact of the 10,000 hour rule varies from domain to domain. Practice, it found, made the most difference in games and sports and the least difference in professional realms. Though we wouldn’t call security a game or a sport, the work of our control room personnel does require a trained eye and tuned instincts that, like those of an athlete, only improve with practice.

In response to his critics, Gladwell wrote last year that he never intended to imply that practice alone can make you great. It’s more the barrier to entry among the elite, with the rest of the equation involving innate talent and environmental factors. And likely, as author Cal Newport wrote in 2012, the way you practice and how deliberate your practice is can set you apart as well.

Regardless of the science, at Viewpoint we know this for sure: in a realm where practice matters, we practice harder than the most hardened criminals, and with a more deliberate focus on continuous improvement than any stand-alone security system. And in case study after case study across domains as diverse as car sales, retail, property management and more, our tens of thousands of hours have all added up to the one number that matters most to our clients: zero tolerance for any preventable breach.

Do you see the 10,000 hour rule at work in your field of expertise? Let’s compare notes. Leave a comment below or on our Facebook wall: https://www.facebook.com/ViewpointVideoMonitoring.